The all American multi-talented Christian singer-songwriter, Michael W. Smith comes to Orpheum Theater in Omaha on Monday, December 19th 2022 with special guest Michael Tait. Michael W. Smith found his love in Christian music, at the tender age of 10, singing in his community church. He began composing music during while at University. He pulled through some turbulent and depressing years and began writing Christian music in the 1980s. Michael was soon included in touring performances with some Christian music greats, and also branched out on his own to develop his solo career. His music has charted in both contemporary Christian and mainstream charts, and he has a surprising amount of awards. This talented man has also appeared in a number of films. Michael W. Smith is actively and involved in his community and his local church, and is hugely philanthropic. 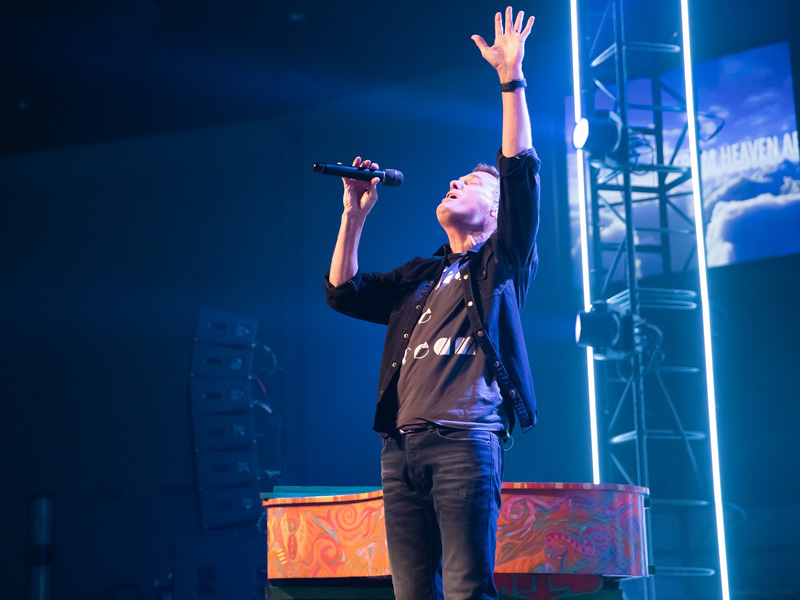 Michael W. Smith has developed into a multi-talented performer. He started singing at age 10 in community church and fell in love with Christian music. He began composing and developed his songwriting skills while at university. His musical career began in 1980, as a Christian music songwriter, quite late in life, after some traumatic and depressing early years. Among the recipients of some of his songs was the talented and up-and-coming Amy Grant. 1981 saw him touring full time with Amy Grant, and in 1984 he parted ways to develop his solo career. 4 years later, In 1988, he went back to touring with Amy Grant. Over the course of his career. He has charted in both contemporary Christian and mainstream charts and, he has amassed an amazing 24 albums, selling more than 18 million albums. He has achieved 3 Grammy Awards, 11 Grammy Nominations, an astounding 40 Dove Awards. Michael was inducted into the Gospel Music Hall of Fame in 2009, and has participated in and appeared in 3 films.