One Night Of Queen Tickets

One Night of Queen! Brought to you by Gary Mullen and The Works comes to Orpheum Theater – Omaha on Friday 13th March 2020. Are you ready to be ROCKED?! Gary Mullen brings the legendary front man Freddie Mercury back to life in a two-hour Queen extravaganza! Playing all the songs you already know, hit after hit of Queen’s “never-to-die” anthems including “We Will Rock You,” “Bohemian Rhapsody,” “A Kind Of Magic,” “I Want To Break Free,” and “We Are The Champions.” 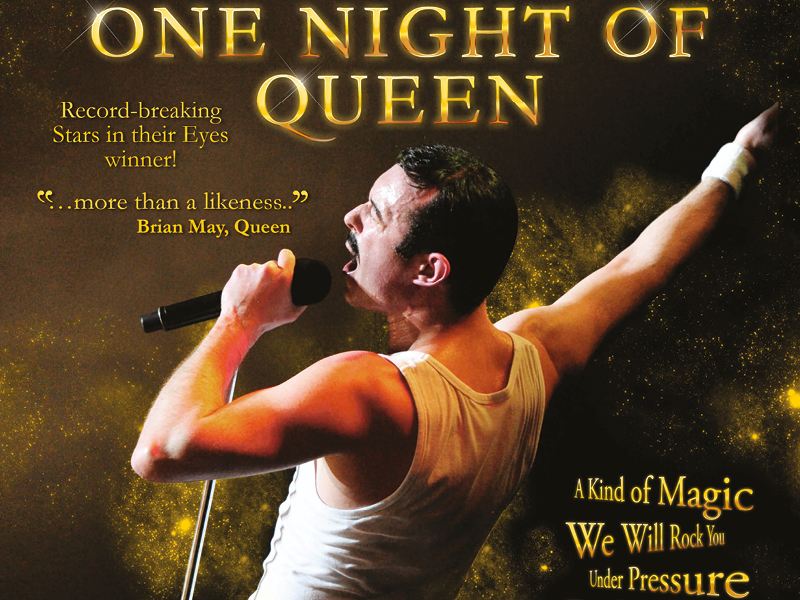 Gary has been a lifelong Queen fan and has always been a keen singer. After winning the Granada TV show Stars in Their Eyes he was finally ready to break free. He formed his band The Works and took Queen on the road! Gary Mullen and The Works have become one of the hardest working bands ever, performing 150 concerts a year! Having conquered UK, Europe, USA and New Zealand, Gary and One Night of Queen are looking to explore new opportunities in South America, Asia and Australia.

“By the time he told the audience to get off their asses, stand up and dance, the strutting front man had nearly everyone involved. They were dancing in the aisles, rocking in the balcony and generally having a great time. This was only the second night of what will be a seven-week tour for a show that is called "One Night of Queen" but the professionalism of the band shined. Mullen's uncanny ability to reincarnate Mercury – from using the half-broken microphone as a prop to wrapping himself in a huge American flag at the show's finale which featured "We Will Rock You," "Friends Will be Friends" and "We Are the Champions." – made the audience actually believe it was watching the real thing.”