After a four-year wait, Paramore hit the stage for a limited tour this fall at Orpheum Theater in Omaha on Thursday, October 6th 2022. So, grab some tickets and get ready to admin that Paramore are “Still Into You!” It’s all Emo-Pop-Punk-Rock along and “Ain’t It Fun,” that the trio are back together again, and if rumors are true, they have some new music on the horizon, so keep an ear out while you're headbanging and screaming, you might be in for some sneaky new tracks. Paramore is back in the business of misery, baby! 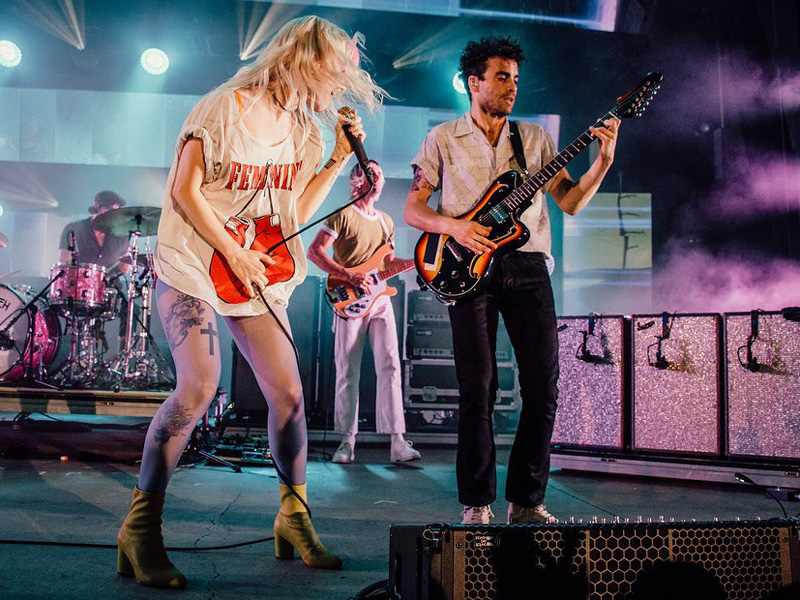 Turn back the clock to 2018, Paramore decided to go on hiatus, but were clear that it was not a break-up. During these recent years apart, frontwoman Hayley William embarked on a solo career, releasing two albums: Petals for Armor in 2020 and Flowers for Vases / Descansos in 2021.

But, the future is now and lead singer Hayley Williams is back with her buddies, guitarist Taylor York and drummer Zac Farro, and were spotted coming out of the studio, way back in January. “I’m always waiting for the moment for us to know we’re onto something new, and we’re not just rehashing the same shit,” said Paramore frontwoman Hayley Williams. “It’s not about it feeling like a hit so much as it’s a scary, exciting feeling that you’re treading uncharted waters. It keeps you curious. We got to feel that feeling early on this time.”

One thing to note: There shan’t be any “Misery Business,” even on the new tour. Williams said in 2018 that she didn’t want to perform the song any longer because of its misogynistic lyrics. But, she did team up with Billie Eilish at Coachella earlier this year for a duet of “Misery Business,” omitting that naughty word…