Fix your wigs and make sure that your make-up is on point as you watch the Drag Superstars Trixie & Katya invade the Orpheum Theater, Omaha, Nebraska on Saturday, August 27, 2022. Watch these two dynamic drag duo deliver unparalleled feats of theatrical eroticism and hilarious ingenuity right before your very eyes. Get hold of your tickets now, and be ready to laugh the night away with this UNHhhhforgettable show that will leave you and your friends asking for more. See you at Orpheum Theater, and let's all show our love to the most famous stars to spring from RuPaul's Drag Race. Grab your tickets now! 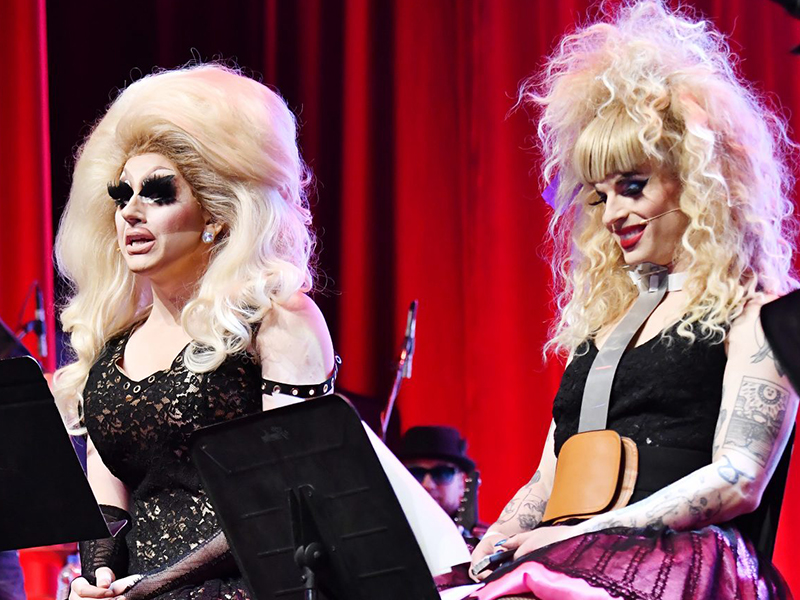 After their massive success in the hit reality TV show RuPaul's Drag Race, Trixie and Katya launched their popular comedic web series UNHhhh, which also launched a spin-off series in VICE. Although they are both individually successful, Trixie Mattel and Katya Zamolodchikova opted to stay together as performers and reality stars since they have garnered many loyal fans as a dynamic duo. Now, they are bringing the fun from screen to live performances as they launched their tour that will not only be held in US cities but in Canada and Australia as well.

The Duo will takeover the Orpheum Theater on Saturday, August 27, 2022, for a glamorous yet hilarious show that will begin at 7 in the evening. While best known for their antics and quick wits, the drag duo is also famous successful businesswomen as they have launched their own line of products. In addition, they co-authored the New York Times Best Seller book, "Trixie and Katya's Guide To Modern Womanhood." Indeed, they have redefined what it means to be a "drag queen" in today's generation. So let's all raise our flags — whether you are a member or an ally — for these two outlandish queens as they rock the Orpheum Theater. Buy your tickets now, and don't miss out on this once-in-a-lifetime event!