Listed on the National Register of Historic Places, the Orpheum Theatre saw its origins as the Creighton Theater in 1895, the architecture laid out by Fisher and Lawrie, with general contractors Roucheford and Gould. Eventually added to the Orpheum Circuit, including theaters over Chicago, Kansas City, New Orleans, San Fransisco and others, the Crieighton name was soon dropped. By 1927, the theater was rebuilt to seat a greater capacity.

As vaudeville dropped out of fashion, the theater began to show movies. It did so from the 1940s until 1975, when a $2 million renovation turned it back into a venue for the performing arts. Further renovations in 2002 increased the buildings ability to facilitate larger productions with more complex staging and sets. Today, the theater is one of Omaha’s most famous and well-attended performance venues, drawing audiences from well outside the city to see everything from concerts to Broadway musicals. 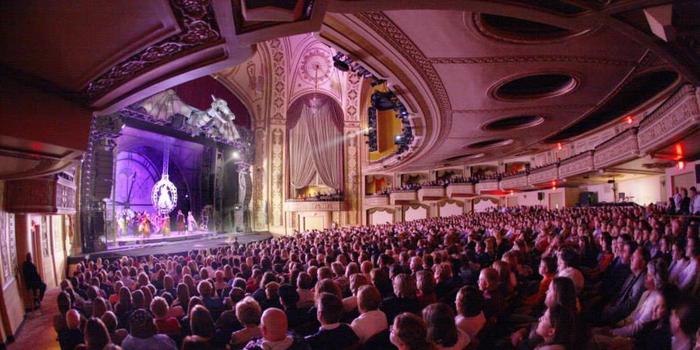